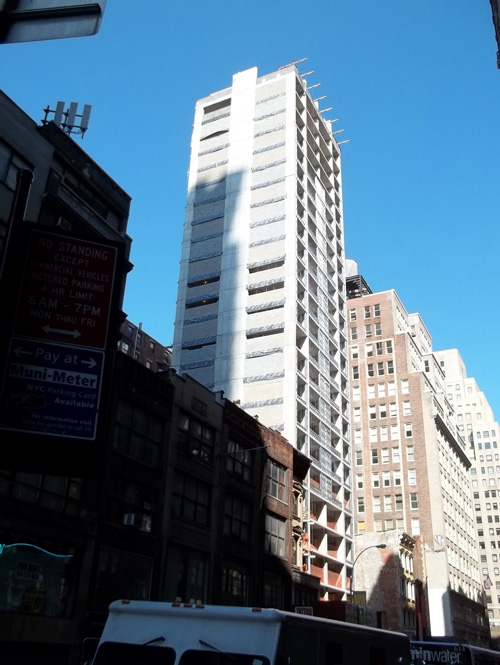 In the first half of the 20th century, Cleveland, Ohio emerged as an important industrial center in both steel and manufacturing. Between the 1950s and the 1980s, the city of Cleveland watched its ranking among U.S. cities slip several notches as steel mills closed, manufacturing jobs were shipped out of the country, urbanites became suburbanites, and the city struggled to reinvent itself. A turnaround began during the 1980s and 1990s, earning Cleveland the title of “Comeback City” by the media. The Greater Cleveland Partnership estimates that approximately $2 billion was invested in new Northeastern Ohio projects during those two decades. As a comparison, approximately $6.2 billion has been or will be invested in new projects since 2006. This new injection of capital bodes well for the hotel industry, as demand for room nights correlates directly with an area’s economic prosperity.

The Cleveland MSA includes hotels located in Cuyahoga, Ashtabula, Geauga, Lake, Lorain, and Medina counties. The Cleveland MSA recorded increases in occupancy each year between 2005 and 2007 before decreasing in 2008. Average daily rate has increased steadily over the last five years. The following chart shows the Cleveland MSA’s historical and year to date lodging performance through March 2009.

Year to date, Cleveland area hotels have recorded a -9.6 point decrease in occupancy as compared to 2008. Average daily rate has decreased by -2.1% to $85.50. The drop in 2008 and further drop through the first quarter of 2009 is primarily due to reduced business travel because of the economic recession. Employment trends are typically strong indicators of a region’s demand for hotel room nights. Since year-end 2003, total employment in the Cleveland MSA has remained flat. We project that increasing employment numbers caused by the new developments taking shape in the Cleveland MSA – outlined in the remainder of this article – will increase the local demand for hotel rooms in future years.

The Cleveland market contains 187 hotels with 21,439 rooms according to Smith Travel Research and is divided into seven submarkets. The following chart shows the Cleveland submarkets historical lodging performance in 2007.

The Cleveland MSA has recorded the majority of its business growth in hospitals and biotech/bioscience companies since the end of the industrial era. The Cleveland Clinic – one of the largest and busiest health care centers in the world – was founded in 1921 and has since become the largest employer in Cuyahoga County with over 37,000 employees including 16,000 on the main campus. The hospital system’s growing payroll reached $1.9 billion in Ohio in 2006, according to a study done for the Clinic. In 2008, the Cleveland Clinic was ranked 1st in the nation for heart care and was ranked 4th best hospital in the nation by U.S. News and World Report. University Hospitals is the second largest employer in Cuyahoga County with 15,904 employees. In September 2008, the Cleveland Clinic christened a new 1.3 million square foot $506 million heart center as well as a $128 million 100-bed hospital addition. University Hospitals currently has $326 million worth of developments scheduled for completion in 2010. These include a new cancer center hospital, a 900-space parking garage, and a new emergency center.

Cleveland and Northeast Ohio’s offering of world class medical facilities, universities, and manufacturing has made it an incubator for the growth and development of biotech and bioscience related companies. According to organizations Cleveland Plus and Bio Enterprise, Northeast Ohio’s health care related companies have attracted over $100 million in investments during each of the last five years. Health care startups from venture capitalists in the region raised $171 million in 2005, $87.9 million in 2006, and $241.8 million in 2007.

Additional industries which are experiencing growth in the Cleveland market include nanotechnology, fuel cells, advanced materials manufacturing, and alternative energy. In 2008, Cuyahoga County commissioned a wind turbine feasibility study in order to analyze the scope, costs, and economics of constructing wind turbines offshore in the fresh water of Lake Erie. In the process, the study will draw attention to Cleveland as an attractive manufacturing site for wind turbine components for the growing U.S. market, creating new jobs in Northeast Ohio. The study’s results are scheduled to be published in early 2009. Ohio is currently home to more than 60 companies in the wind turbine supply chain, and has already become a leading supplier for the U.S. wind industry. In early 2008, Cleveland-based Parker Hannifin was awarded a $1 million grant by the Ohio Third Frontier Program for the commercialization of a hydraulic system developed by Parker for use in wind turbines. The Ohio Third Frontier Project program is a $1.6 billion, 10-year initiative aimed at building the state’s economy through technology. Nine additional companies in the Northeast Ohio region received $7.9 million in grants from the Ohio Third Frontier Project program for advanced energy research.

Flats Redevelopment: In 2008, developer Scott Wolstein broke ground on a massive downtown redevelopment plan encompassing the east bank of Cleveland’s Flats District along the Cuyahoga River. The $522 million Flats East Bank project boasts 975,000 square feet of office space, a hotel, public park, 1,200-foot boardwalk, and 430 residential units to include apartments, lofts and condominiums. The development will also include a new movie theater, gourmet market, retail shops, and a 20-story office building to house Ernst & Young and Tucker Ellis & West, among other companies. Eaton Corporation, which is currently headquartered in downtown Cleveland, is considering a move to either this development or to the suburb of Beachwood. Most components of the project are scheduled to be completed by late 2010.

Port of Cleveland Relocation: In March 2008, the Cleveland City Planning Commission approved the long-term relocation of the Port of Cleveland from downtown to a proposed new site at East 55th Street. The existing port lies immediately north of the lakefront railroad line on prime lakefront real estate just north of the Flats. The plan would free up much of the downtown lakefront for future development, put the port next to Interstate 90 and major rail lines, and obviate the need for a costly new truck route along the west side of the Cuyahoga River to serve the port had it expanded there. The port relocation is slated to begin within the next 10 years.

Euclid Corridor: Major redevelopment is taking place along the Euclid Corridor, the 4.5 mile strip that extends from Public Square in downtown Cleveland past Cleveland State University, Playhouse Square, and the Cleveland Clinic to University Circle. University Circle is home to Case Western Reserve University, University Hospitals, the Cleveland Museum of Art, Severance Hall, and numerous other cultural attractions. The Greater Cleveland Regional Transit Authority’s $200 million Euclid Corridor overhaul is reshaping Euclid Avenue around RTA’s “Health Line” which features new diesel-electric buses designed to maneuver through special lanes with coordinated traffic lights at intersections. As a direct result of this project, the price of land in the long-blighted Midtown area has doubled in the past five years from approximately $200,000 to $400,000/acre, according to the nonprofit Cleveland-based Midtown, Inc. Formerly blighted sections of Euclid Avenue are projected to fill with renovated apartments, retail shops, research labs, and medical and cultural facilities. Several projects are scheduled to break ground in 2009, just after the Euclid Corridor is finished.

New Hotels: As a result of the forthcoming development of a new convention center and Medical Mart in downtown Cleveland, an 800 to 1,200-room convention headquarters hotel has been proposed as well as a possible 300 to 400 room expansion of the existing 491-room Renaissance Cleveland Hotel (both in the preliminary planning stages). Additionally, the InterContinental Hotel Group has signed an agreement with K&D Group to redevelop the Ameritrust Tower on East 9th Street and Euclid Avenue into a Hotel Indigo. The new hotel would be part of a mixed-use development including a 140-suite boutique hotel, 165 to 180 apartments, and 200,000 square feet of office space. A new 126-room Staybridge Suites hotel has been proposed at the former Channel 3 building on the corner of Rockwell Avenue and East 6th Street. Additionally, Charter One Bank is financing the renovation of the Tudor Arms Hotel near the Cleveland Clinic. The developer is proposing a mixed-use development containing a 157-room hotel and 53,000 square feet of office space. University Hospitals has begun seeking proposals from hotel developers to construct a new 160- to 200-room hotel on the corner of Euclid Avenue and Cornell Road. Additional smaller hotel projects are proposed for suburban areas.

Though each of the aforementioned lodging projects is still speculative in nature, we project that construction of new hotels in the downtown Cleveland area will inevitably commence once the completion date for the new Medical Mart and convention center is formally announced.

The availability of these unique attractions will be a strong selling point to groups holding meetings at Cleveland’s new convention center, once constructed. As Northeast Ohio continues to attract new industries and developments, the area’s numerous tourism venues, restaurants, and lodging facilities will benefit from the increase in visitors to these demand generators.

While Cleveland embraces the new energy and enthusiasm which accompany evolution and growth, the city and its hotel industry will meanwhile continue to benefit from numerous existing local resources including top-notch health care, an abundant fresh water resource, award-winning parks system, three professional sports teams, ethnic diversity, economical housing, manageable traffic, and easy interstate access to the rest of the nation. Though the current economic downturn has negatively affected all industries in Northeast Ohio, the influx of new large-scale developments provides a source for optimism in upcoming years. The Euclid Corridor project, Flats redevelopment, Cleveland Clinic and University Hospitals expansions, emergence of new industries, reclaiming of the lakefront via the port’s repositioning, and the development of a new Medical Mart and convention center are all contributing forces to the second wind currently felt on the shores of Lake Erie.