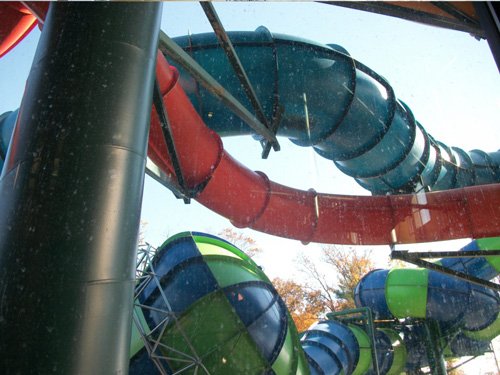 With the arrival of 2012, outdoor waterparks across the country are promoting and selling their season passes online. Properties are offering incentives to past season pass holders to renew, and new pass holders to purchase, prior to the end of the year. Season passes are an important component of almost every outdoor waterpark marketing plan and the attendance and revenue they generate are critical building blocks of operating budgets. Season passes provide dependable attendance and upfront cash flow while allowing for user flexibility which may impact length of stay or in-park spending.

Season passes are the outdoor waterpark equivalent of community pool memberships. Season passes are marketed to guests who will plan on visiting multiple times or who are interested in the added value that often comes with a season pass. Properties often sell and promote several types of season passes including premium passes that include additional benefits such as admission to other parks in the company chain, free season pass parking, and in-park discounts not available with the standard season pass.

This article analyzes the top performing outdoor waterparks and their season passes and review price points and incentives used to sell season passes for the upcoming 2012 season.

A waterpark is a type of amusement park that features water play areas such as water slides, splash pads, wave pools, lazy rivers, and swimming pools. Outdoor waterparks are generally seasonal and are highly dependent on the weather. Outdoor waterparks, which evolved in the late 1970s, have become increasingly popular over the years. The United States has the largest and most concentrated waterpark market in the world. Hotel & Leisure Advisors defines an outdoor waterpark as those facilities offering three or more larger water slides. According to research performed by Hotel & Leisure Advisors, more than 380 larger waterparks exist within the United States. The following table identifies, by region, the 2011 supply of waterparks as defined above.

As shown above, outdoor waterparks can either be a municipally owned or privately owned facility. Both municipal and private owned waterparks sell season passes.

Authors: David J. Sangree, MAI, CPA, ISHC is President of Hotel & Leisure Advisors, a national hospitality consulting firm. He performs appraisals, feasibility studies, impact studies, and other consulting reports for hotels, resorts, waterparks, golf courses, amusement parks, conference centers, and other leisure properties. He has performed more than 1,000 hotel studies and more than 200 indoor and outdoor waterpark resort market feasibility and/or appraisal studies across the United States and Canada. Mr. Sangree received his Bachelor of Science degree from Cornell University School of Hotel Administration in 1984. He became a certified public accountant in 1989. He became an MAI member of the Appraisal Institute in 1995 and a member of the International Society of Hospitality Consultants in 1996.

Since 1987, Mr. Sangree has provided consulting services to banks, hotel companies, developers, management companies, and other parties involved in the lodging sector throughout the United States, Canada, and the Caribbean. He has spoken on various hospitality matters at seminars throughout the United States and on Good Morning America and CNBC. Mr. Sangree was named in 2008 one of Aquatics International Magazine’s “Power 25.” Aquatics International publishes an annual list of professionals it deems the most powerful people in the aquatics industry. Mr. Sangree was profiled as one of the first consultants serving the waterpark resort industry and for his expertise and experience in shaping some of the latest industry trends. Mr. Sangree would like to acknowledge the assistance of John S. Collins for the article.